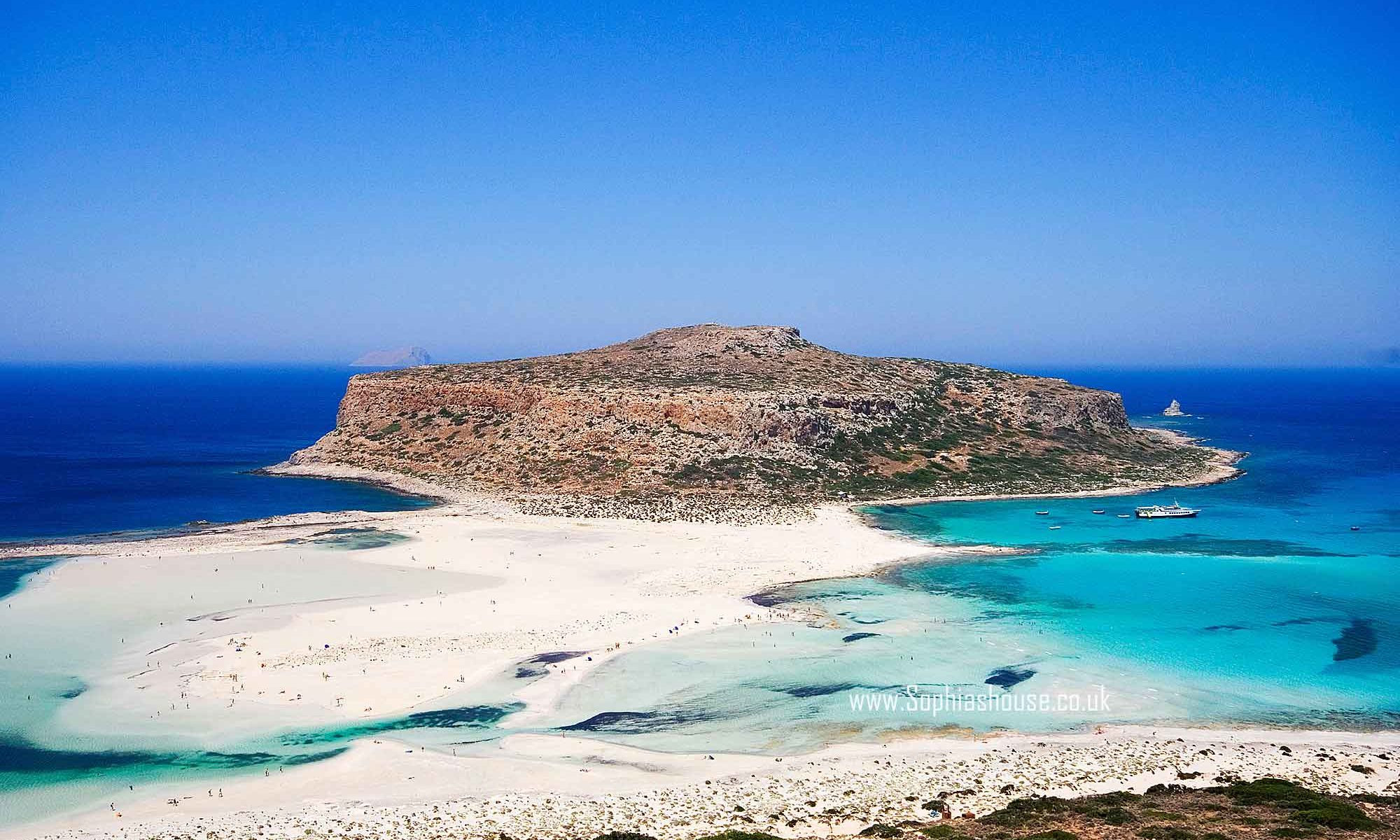 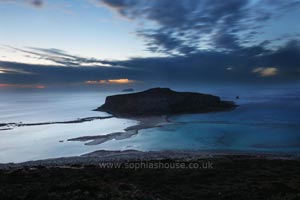 At Gramvousa, situated on the northern cape of the Chania prefecture there are two uninhabited islands, one is Imeri (the wild one) and the other is Agria (the calm one). Close by, is the famous Balos lagoon, with its beautiful soft sand and turquoise waters, this exotic beach could make you feel like you were in the Caribbean. Agria Gramvousa, the most northerly of the islands, poses a great difficulty in gaining access due to the high rocky surroundings. This desolate and inhospitable place is under the protection of the “Natura program”, but the area provides sanctuary to many species of birds including gulls. Imeri Gramvousa, which is greatly known as Gramvousa is more accessible, Its calmer side to the south is where the boat trips from Kissamos weigh anchor. It only takes around one hour for the boat trip. Near to the harbour there is a glorious beach with amazing colours of blue in the water and golden sand of the beach. To the north there is the famous shipwreck on Gramvousa. Steep steps lead past the small chapel of Agios Apostoli, and up to the majestically imposing fortress that dominates the island. 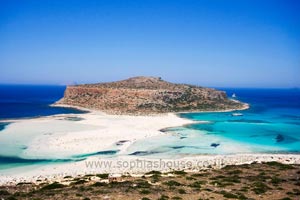 In past ancient times it was known as Koryko, The Venetian for Gramvousa was Garabuse. The remnants of an old Venetian castle that was built above the natural harbour in 1579-1584 Is a reminder of the wealth and glory of the Venetian rule. The castle was built with strategy; its dominating position on the island gave protection to the area. It is very impressive in size, built in a tri-form shape and each of the three sides exceeds one kilometre in length. Although the castle was impressive in size, it had the capacity of 3000 men, it was not utilised in any major battle. The Turks took control of the area in 1892 as a result of bribing the Venetian commander. In 1825, Gramvousa was in the control of the revolutionaries of Crete; In fact the Revolutionary committee of Crete adopted Gramvousa as its main seat. The fort helped in the successful outcome of the liberation of Crete. Gramvousa was home to 3000 rebels who were based there for 3 years. Food was very lacking in this desolate place, so the rebels turned to piracy in order to survive. This bought about a bad reputation for the island and its surrounding waters throughout the whole of Europe. Gramvousa was ultimately liberated in 1830 with the help from the governor of Greece “Kapodistrias”. The London protocol of 1830 meant that Crete, and the fort at Gramvousa returned to Turkish rule until Crete was liberated. 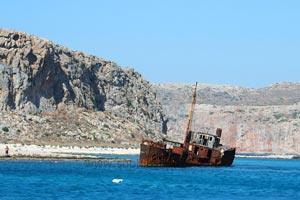 Near the port, lies a rusting hull of a ship, this shipwreck has become a part of Gramvousa’s history and it gains a lot of curiosity from visitors who wonder of its story. The Ship was the “Dimitrios P”, On December 30th 1967, The Dimitrios P sailed for North Africa from the port of Chalkida near Athens. The ship carried a cargo of 440 tonnes of cement. Really bad weather forced the ship to seek refuge and anchor in the Diakofti of Kythira bay. On January 6th 1968 the Dimitrios P set out again for its North Africa destination, only to again encounter vicious weather conditions, the ship had no choice but to change route, so it headed for the Northwest coast of Crete. At a distance of around 200 metres from the coastline of Imeri Gramvousa, the Dimitrios P dropped its two anchors. Two days later, at 1:15pm, the chain to the left anchor broke, The captain and his crew fought to keep the boat from the shallow waters surrounding the island, but they couldn’t stop the ship from running aground. The ship settled on its port side and the engine room subsequently flooded. The captain issued the order to abandon ship, the crew were stranded at Imeri Gramvousa by more bad weather until January 10th. Eventually, the crew were rescued by the destroyer “Lerax” that was sent from its station post at Souda bay. And there the ship lays today, an enigmatic sight, becoming one with the landscape.

On Imeri Gramvousa, looking out across the virgin landscape to Balos is breathtakingly beautiful. Visitors to the island will encounter innumerable wild cacti, plants and flowers. Gramvousa and the surrounding region including Balos lagoon are one of the most precious ecological wetlands in the med. It is an essential part of the migratory bird’s routes within the Mediterranean. The Islands and headland of Gramvousa are home to around 400 different types of plants and flowers, and the area plays host to over 100 different types of bird. The sea cave at Gramvousa is used by the Mediterranean seal (Monachus Monachus) as a breeding ground. And finally, the greatly endangered (Caretta Caretta) sea turtle, hunts for food in the warm waters . 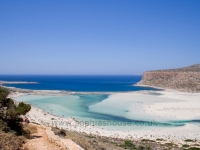 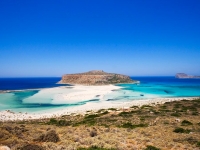 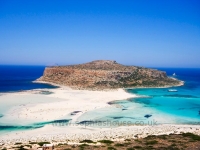 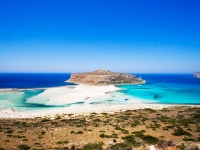 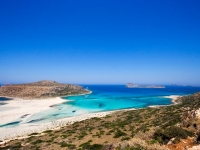 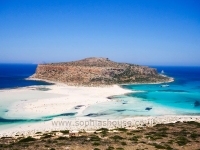 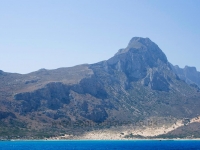 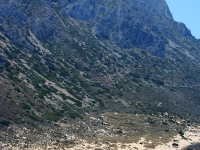 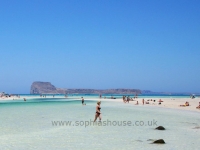 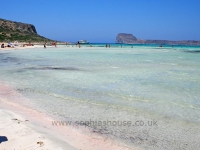 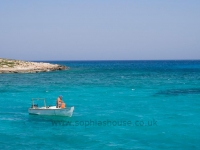 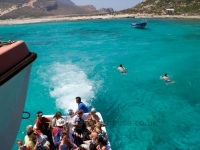 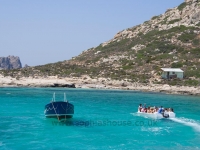 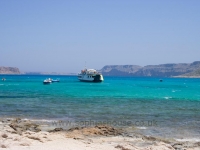 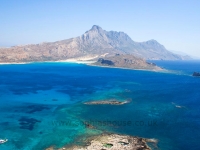 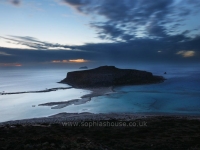 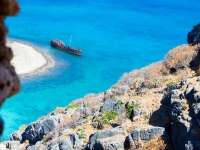 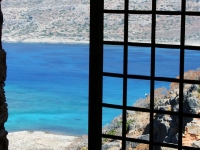 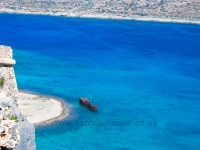 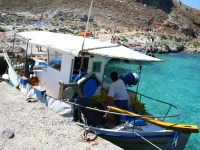 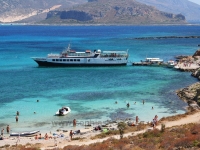 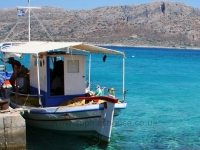 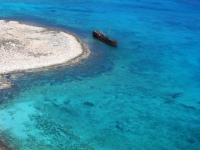 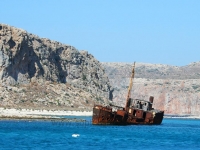 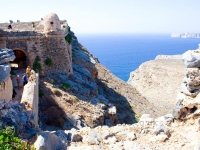