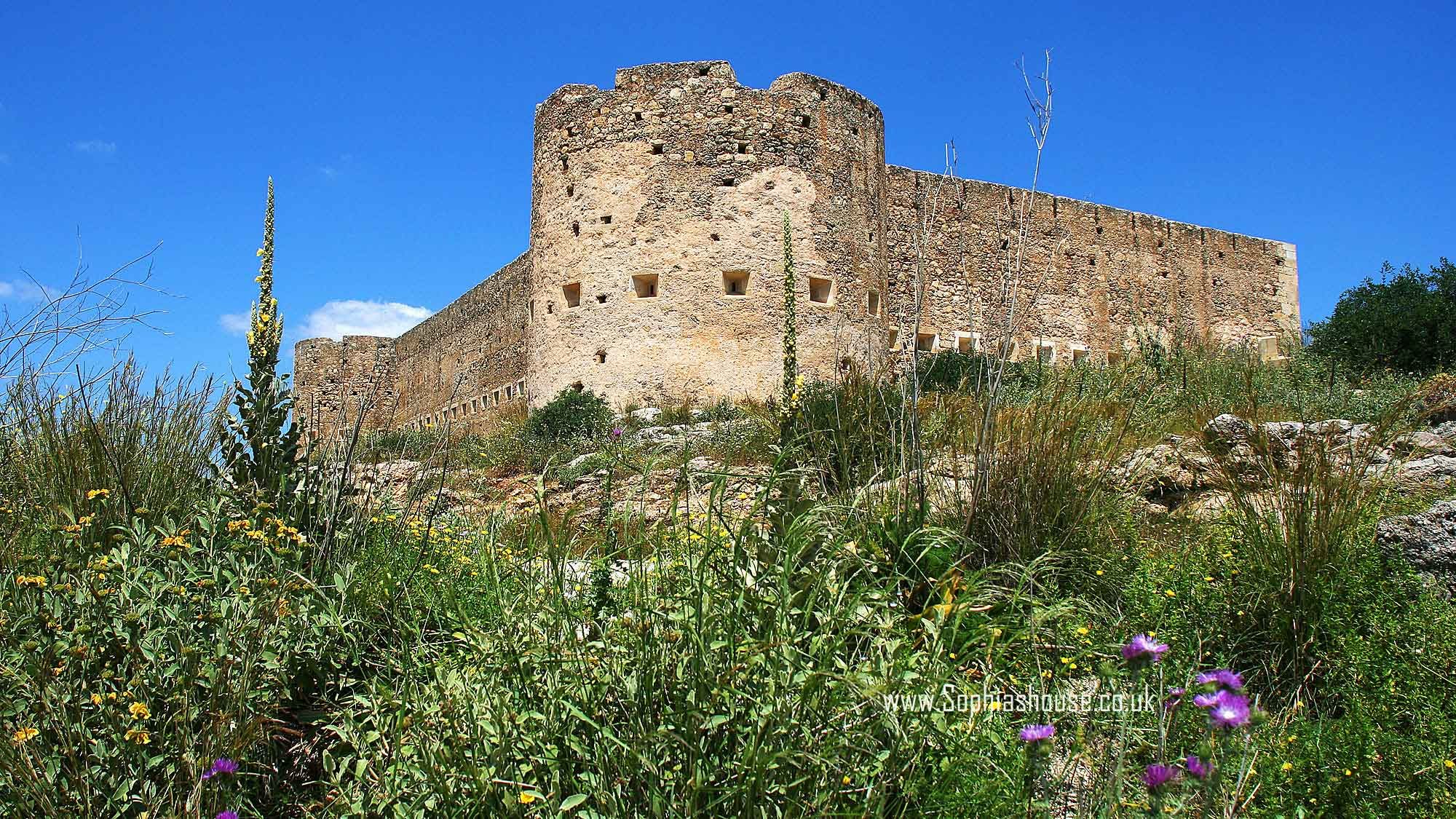 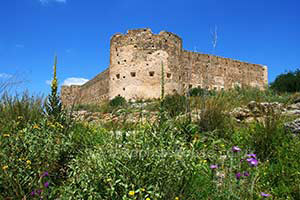 Situated down the coast of western Crete is Aptera, it dominates from 200 metres above among the Mediterranean’s biggest purely natural harbours, Souda bay, the large purely natural bay has two Minoan harbours Kissamos and Minoa now named Marathi and Kissamos they can be found near Kalyves.

In the Hellenistic years of 3-4 BC Aptera was at it’s peak, being an independent city state, Aptera minted it’s own currency containing of up to 76 kinds of coin.Aptera had influences in foreign affairs in addition to its own which it governed well.

Aptera’s army of skilled archers were well-known. As mercenaries they fought overseas, bringing back riches and wealth for their home state.Through the Crete civil war in the 2nd and 3rd century, Aptera took the side of Knossos and fought against Gortyn.

The name Aptera has two theories to its origin.

A musical contest between the sirens plus the muses is a theory.The sirens were cast wingless into the sea; the muses were the victor’s.It truly is declared that this action formed the islands of Lefkae (white islands).

The location where the St. John`s church is sited, has become a temple, constructed in honour of the Muses.

2.Some say Aptera gets it’s name from the ancient Minoan king ‘Apteron’. 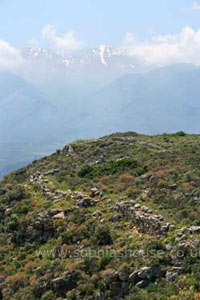 He was the founder of that city and for that reason the 1st ruler.

In 67BC, The Romans took occupation of Aptera, giving rise to a new peak within the 1st and 2nd centuries AD.

Earthquakes started the demise of Aptera in 364/365 AD and after the earthquake of 700BC, Aptera was abandoned as a city.

Since 1182 a tiny monastery established on the site, and was occupied right up to 1964.

Paleokastro, A little settlement on the site of Aptera was destroyed by Barbarians in 1588.

However in 1866 A Turkish fort was built, the Turk’s used material belonging to the Aptera site to construct the Itzedin fortress at Kalamni.

Dating back to the Minoan era, Aptera has grown to be one of the most important archaeological sites on the island of Crete; features of the 4km long exterior wall fortifications can easily still be seen.

Aptera was once a great city, it isn’t hard to think From the size and scale of Aptera and it’s prominent position over Souda bay it became a main centre of shipping, commerce and administration.

There are stunning views out across the Apokoronas area,taking in the majestic White Mountains and Souda Bay, clearly visible from the Turkish fort. 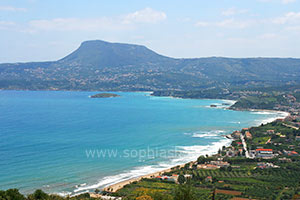 There have been many archeological finds on the site of Aptera, these are visible in various museums in Crete and some in Istanbul, although many more are believed to lay undiscovered?

The national road that runs across the island affords easy access for the site of Aptera with easy parking, for miles around you can see the Turkish fort sitting on the headland.

Because Aptera has not been as fully excavated as Knossos, you will find it a quieter place to go to, it has maybe an eerie atmosphere in the dramatic setting with views to die for!

Try Aptera its well worth a visit.

If you stand on Sophia’s House patio facing the sea and look to the left you can clearly see the Turkish Fort next to the ancient site of Aptera.